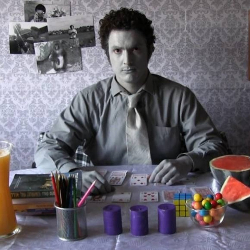 Make way for the first generation of indy VR creators

Back in the 90’s “Low-Budget VR” was an impossibility. The tech needed to produce even the lowest level of VR was in the hundred thousands of dollars. The independent filmmaker was out of the VR equation. It was the realm of scientists, multi-million industries, armies and visionaries. But over the past few years we have been living a revolution - VR is now open for the indy filmmaker, on a low-to-no budget. Everything you need to create and display a VR experience fits in a backpack. We are about to learn what young artists all around the world dare to imagine. Prepare your brains - the first generation of indy VR artists is on it’s way.