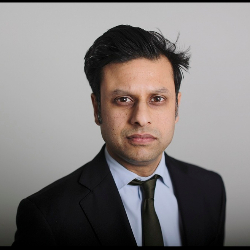 Are tech execs set to become the new bankers?

In a world where Brexit is a reality and Donald Trump as president is a possibility, to what extent has the overwhelming power of new technology platforms enabled the rise of the populist mob? How alert to this new reality are the hypercreative, smart people behind those platform? Are they as attuned to what's happening out on the street, outside of the bubble of their own creation? And are we - the public, the media - asking the right questions of them?