Discussions and Workshops are 1 hour sessions suggested and led by Stream participants. Read on for the latest thinking with topics ranging from "Crayons vs Calculators in a Man vs Machine contest - Matrix Reloaded or Empire strikes back?" to "Is There Space for Low-Tech in an Increasingly Hi-Tech Asia?". For more, go to the Stream Medium page and YouTube. Or for a daily dose of Stream, you can find us on Twitter or Instagram. 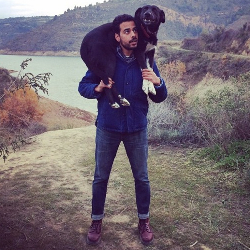 In his seminar from the Palais stage in 2015, Heineken International's Executive Director of Global Marketing Soren Hagh credited the company's elevated creative capabilities to the Heineken Creative Ladder - a ten point scoring scale used by his teams around the world to evaluate their brand advertising. In a subsequent feature on the company, AdAge wrote that the Ladder, and its accompanying 'Creative Leadership' capability programme, had "helped the brewer scale creative heights, culminating with the 2015 Cannes Lions Creative Marketer of the Year award" I was the sole external consultant hired by Heineken to develop the whole programme and craft the language of the ladder itself. If you want to know the inside track on how your company could be scooping future Marketer of the Year awards, then come to this discussion. I'll be sharing the inside story of what it takes to win, as well as the key barriers/myths/misperceptions about the crazy and zany, magical and mystical world of creativity which are probably stopping your campaigns going from merely good to truly great.