The agenda for Stream Asia 2018 is in your hands. There are six session times a day, hosted in nine different meeting spaces. Each session runs for 1 hour (give or take) and all sessions are led by you, the Stream participants. Here's how it works:

The Stream team is on hand to help. Please get in touch if you'd like to talk an idea through before posting, or would like help finding some co-hosts. 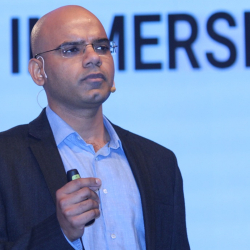 No longer the preserve of early adopters and video gamers, VR (and AR) are poised to take off in a big way in 2018 and beyond. We have already seen great attempts at immersive story telling spanning content areas like movie trailers, short films, documentaries, sporting events, concerts, journalistic coverage and even ad films that leverage VR capture technologies. Come grab a Google Cardboard from us, watch a few pcs of VR360 content and let's deliberate upon story telling in VR and what it could mean to each one of us.