Discussions and Workshops are 1 hour sessions suggested and led by Stream participants. Read on for the latest thinking with topics ranging from "What if 'jugaad' represents life hacks?" to "AIl India Bakchod to Pro-kabbadi – what’s next for content in India?". For more, go to the Stream Medium page and YouTube. Or for a daily dose of Stream, you can find us on Twitter or Instagram. 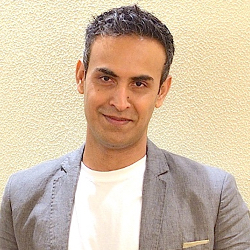 What should success mean to us, and what role can technology play in shaping our value system

We have all bought into a definition of success which has been shaped by capitalism. So our role-models are people with more things, not those with the most knowledge, or with most wisdom, or those with most happiness. In our acquisition of more things (think champagne gold iPhone without which you can never be happy, and the role of advertising in shaping such demand) we are causing catastrophic environmental destruction. Living with modern luxuries dosent seem to be making us happier - Suicide is the second leading cause of death in 15-29-year-olds, one in ten Americans now takes an antidepressant medication and among women in their 40s and 50s the figure is one in four. We may need a new ways of thinking and to reset our value system. While Social media is great at spreading ideas, but it seems to spread negativity faster than positivity, sleaze easier than wisdom, harmful extremist views tend to dominate social chatter, so left on its own will it steer us towards a better world? What should success mean to us going forward? Is there a way to re-shape our collective consciousness and value system using technology and marketing, so we live more sustainably and as happier people…?