The agenda for Stream India 2017 is in your hands. There are six session times a day, hosted in nine different meeting spaces. Each session runs for 1 hour (give or take) and all sessions are led by you, the Stream participants. Here's how it works:

The Stream team is on hand to help. Please get in touch if you'd like to talk an idea through before posting, or would like help finding some co-hosts. 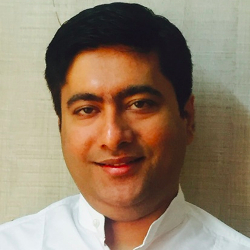 India as per recent report by App Annie NASSCOM has joined the top 5 countries in 2016 for game downloads with over 1.6 billion of game downloads that will jump to 5.3B by 2020. Another report by Tune mentioned that 84% of smartphone users in India play games with at least 2-3 games regularly across all age groups from 8-55 years.What is though unique about gamers in India is they play more casual games,foreign games & don't have propensity to pay unlike the West or even East counterparts. While at one end game developers to make it big in India have to look at customization, sachetization, offline advertising at the other end brands need to figure out how can they engage with this rapidly growing community in an non-intrusive yet engaging way?