Discussions and Workshops are 1 hour sessions suggested and led by Stream participants. Read on for the latest thinking with topics ranging from "Viral - you don't get something for nothing" to "The SOFT POWER of Indonesia". For more, go to the Stream Medium page and YouTube. Or for a daily dose of Stream, you can find us on Twitter or Instagram. 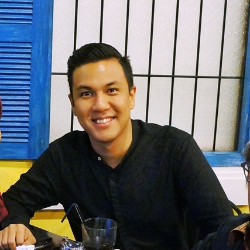 Where does creativity stand in the age of programmatic ads?

Historically, programmatic ads have been simplistic and formulaic to enable the adaptability required of the format. Has creativity been put in the back-seat as a result? As programmatic continues to evolve, how do we ensure that creativity is maintained and ads remain highly engaging for consumers? 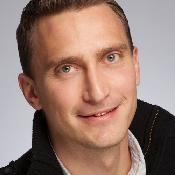 How do you get the best out of mobile advertising?

When I think of mobile advertising in Indonesia I think of all the annoying SMS spam. In fact last week I received an SMS trying to sell me X-ray specs (that promised to work on all types of clothing material!). What does best in class mobile advertising really look like? What have you learnt and what can you share? Find out whether I bought the specs!

Viral - you don't get something for nothing

Some people perhaps naively think that online viral is the panacea of advertising - something for nothing! The reality is that is NOT the case. Whether it is well placed paid support or a strong creative idea there is a reason some ads get 100 views and others get 10,000,000! What is STREAM's collective wisdom on getting the most out of viral? 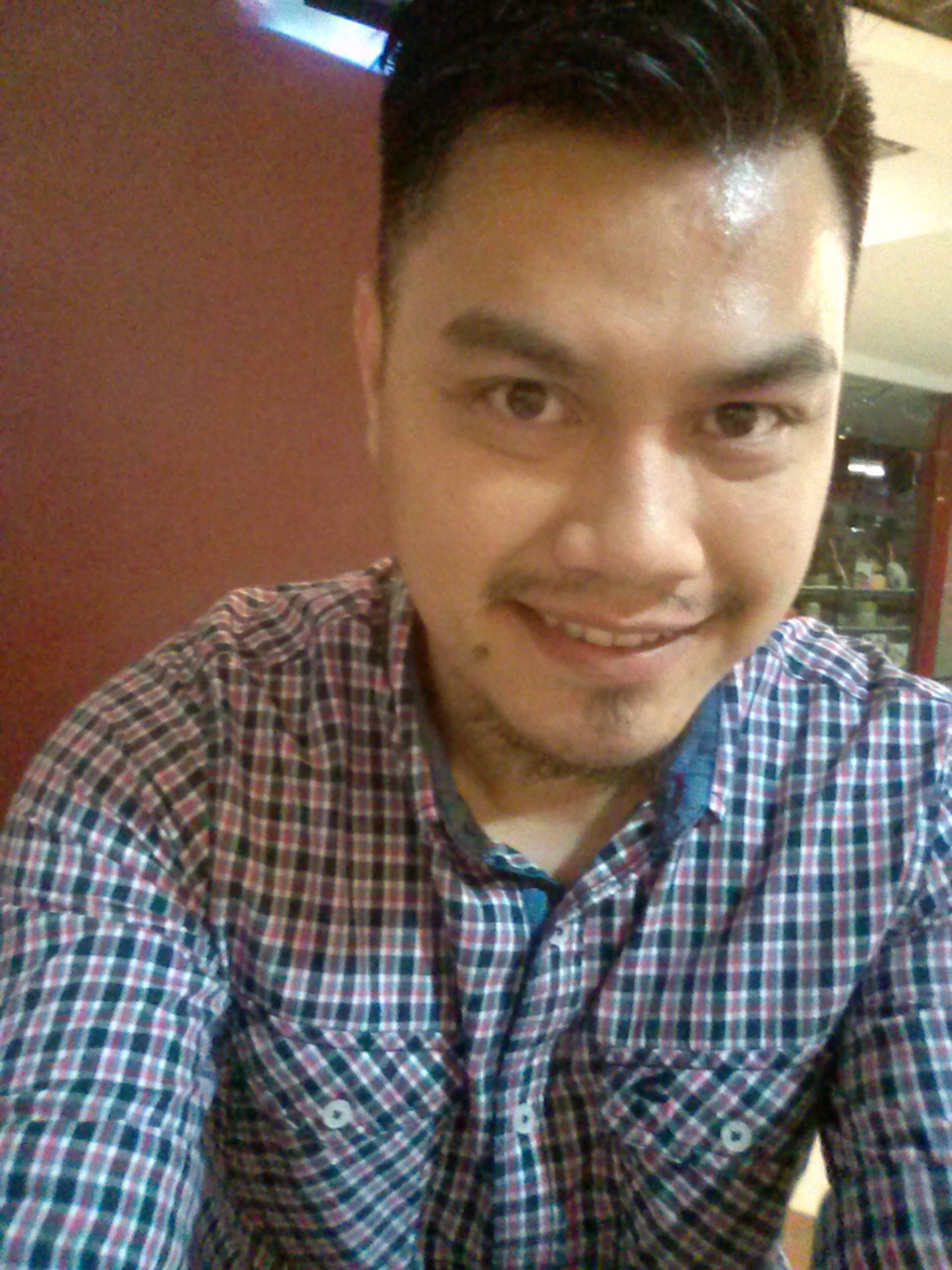 Yes, we've done it. But do you realise it? Is it working? Influencer marketing has become the new jargon in digital. The growth of social media has brought this new species to the surface. Lest crack this one out, ask directly to the content creator, and learn how exactly they can help us to reach deeply in to our customer heart. Prepare your W-H questions, stories, etc. See you there!

When asked in surveys, users state they would rather have online privacy than personalised services and recommendations. Yet most users actively expect Amazon recommendations, Sephora EDMs or personal attention from Krisflyer. People don’t mind connecting with Facebook or Twitter on e-retailer websites, and will voluntarily share information with brands they believe in. So is it not about privacy at all but about honesty and respect? Be honest with your customers about why you want their data, show them the clear benefit to them – and then leave it to them to make an informed decision. Value exchange, in short. Or is it about education? What most people think of when they worry about privacy is PII data (eg: Apple ID), which is regulated quite stringently. Ironically, the most visible and unsettling manifestations like Trip Advisor ads use nothing more sinister than cookies. So is privacy a matter of managing perception?

When asked in surverys, users state they would rather have online privacy than personalised services and recommendations. Yet most users actively expect Amazon recommendations, Sephora EDMs or personal attention from Krisflyer. People don’t mind connecting with Facebook or Twitter on e-retailer websites, and will voluntarily share information with brands they believe in. So is it not about privacy at all but about honesty and respect? Be honest with your customers about why you want their data, show them the clear benefit to them – and then leave it to them to make an informed decision. Value exchange, in short. Or is it about education? What most people think of when they worry about privacy is PII data (eg: Apple ID), which is regulated quite stringently. Ironically, the most visible and unsettling manifestations like Trip Advisor ads use nothing more sinister than cookies. So is privacy a matter of managing perception? 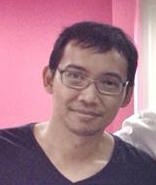 is O2O the next big wave of e-commerce in Indonesia ?

As the big players consolidated their positions, more of the incumbent retail giants in Indonesia are waking up and setting up their own online retail channels. But why should they do 'pureplay' online retail when they already have the infrastructures. But should they really do it ? Challenges, insights, ideas , and random moment of awesomeness 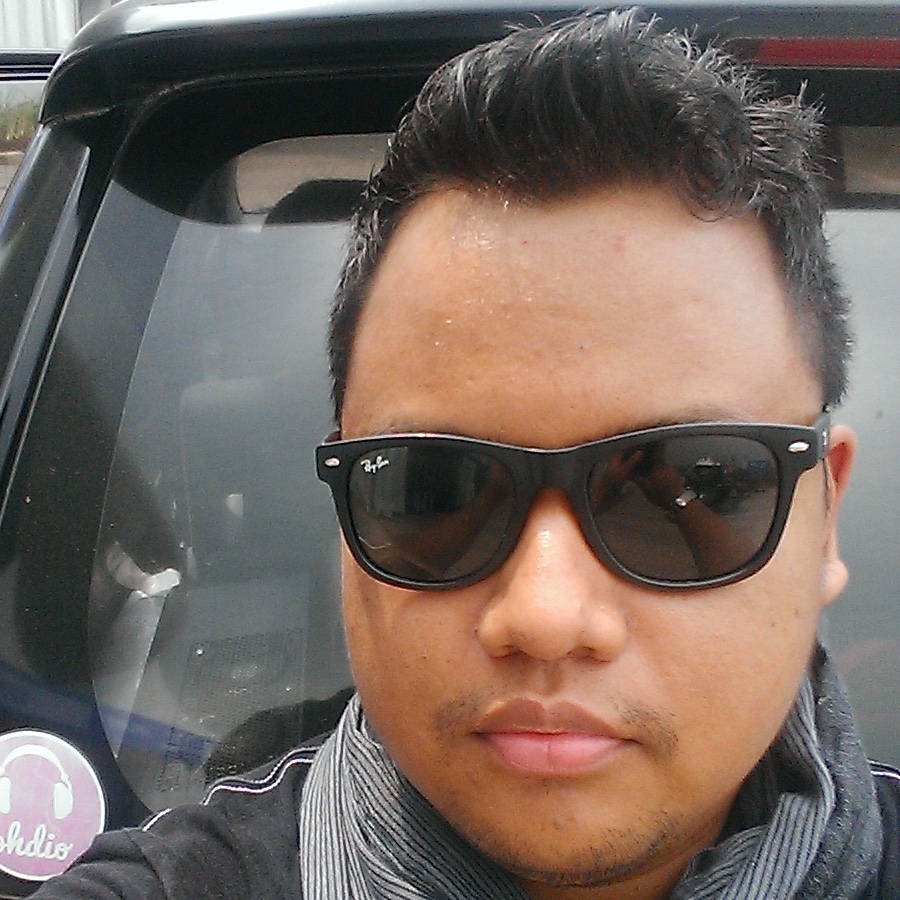 Our customers mostly have seemingly separate lives online (through social media and other services) and offline (in the real world), when actually they are simply aspects of the same life. So why should brand communication efforts be any different? This discussion attempts to address the opportunities and challenges of creating cross-media campaigns, the expanse and expense of CRM efforts, and establishing better relationships with customers.

If you had a million dollars and were required to use technology to solve a problem in Indonesian society, what would you make? I'm interested to see what we can come up with based on our knowledge, observations, passion and work, and discuss about problems and solutions around those ideas. I am very sure that we all have some ideas burning in the back of our heads, so I think it would be a good step to share it with others. 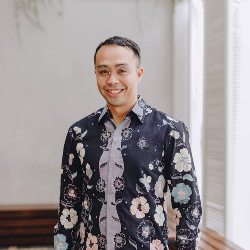 As we know that endorser is really important in any digital campaign to create and awareness and talkability on your campaign. let's discuss more on how to be an digital endorser and define the key principle on digital KOL. 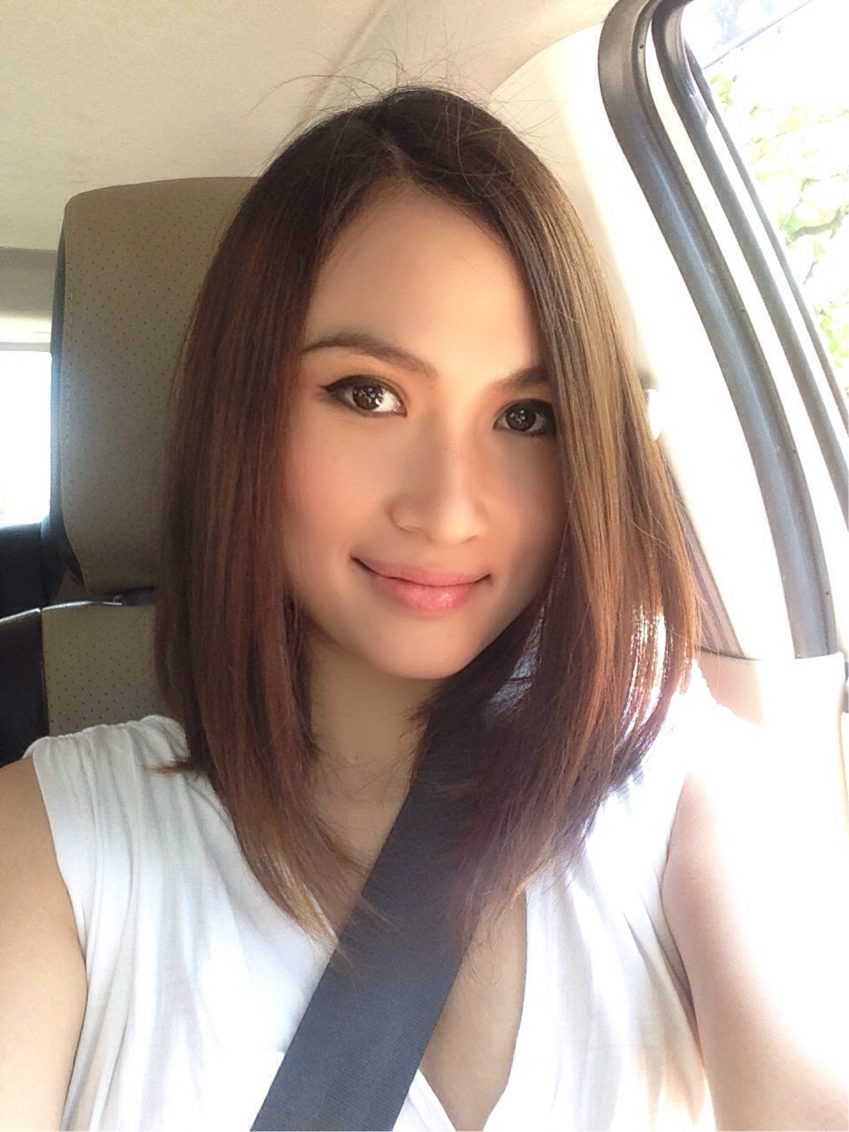 My Mom and Her iPad

Yes, the inspiration came when seeing my mom sitting in the couch with her iPad has becoming a usual thing to see for these several last months. No, it’s not a discussion about Indonesian mums who are now taking over Facebook! – or maybe yes… *lol Well, I’ve been handling brands with mums as target market for almost 5 years, which I found really interesting. How mums must learn to multi-task and become a master juggler of all her many roles, how they always want the best for the family and HOW THEY TRUST OTHER MUMS because those mums are the same or in similar situations as they are. But I’m sure that there are many more to deep dive other than that. Let’s talk about the world of Indonesian mums, their characters, habits, way of thinking and how they all being translated into their digital activities and discuss how it is different with other target audiences. Feel free to join either you are a mom or a son, either your work related closely with mums or with men or with teenagers, this discussion will be interesting only if it is filled with thoughts from many different perspectives ;) Hopefully at the end of discussion we can enrich our understanding about this specific target audience who contribute 16% to total internet users (equal to 14mio users) in Indonesia by 2014.

the SOFT POWER of Indonesia

Kimono. Kung-Fu. K-Pop. Pasta. Romantic City. Sing the Star Spangled Banner tune in your head. These are the soft powers of Japan, China, Korea, Italy, French and of course Hollywood (I meant America). They are doing a great job in marketing their country's culture and power through movies, songs, and other Social Media. Now if we go to America, and start asking, Silat, Sarong, Batik and Garuda (you get the idea), would they straight away say Indonesia? China also have their own Batik pattern. Malaysia have their Pencak Silat. In Nights at the Museum 3, Ben Stiller explained excellently about Garuda and its origins from India. So now, have we been focusing on the wrong soft power to promote Indonesia to the world? What can we do through our tech skills and social networks to promote Indonesia's Soft Power? Join my discussion since I also don't have a clue 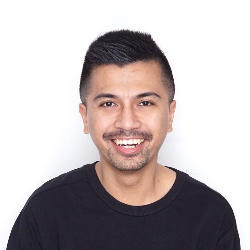 Instagram has not launched advertising in Indonesia yet (only God, Mark and Kevin know when), but how can we take baby steps to build brand on Instagram now? Join the session to discuss ways in building organic presence on Instagram, understanding the community and getting your brand point of view established. Also, be prepared to share some of your favorite Instagram accounts and hashtags. Bring your smartphone with Instagram inside! Lastly, wear your sunnies, since we'll be out to do some #instawalk together! 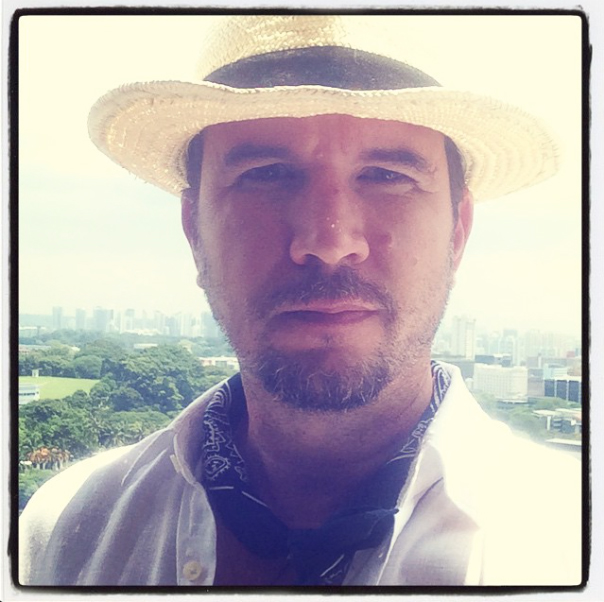 Coffee and a cigarette.

We tend to talk, eat, and even think is small burst. A long, drawn out meal is a luxury, and something we look forward to. A bike ride up the coast - when do I have time for that? You want me to watch a 7 minute video on how blah blah can blah blah. A great story can be told in the time it takes to have a cup of coffee, or finish a cigarette. Let's discuss how to tell stories, effectively, in a short amount of time, without robbing them of their emotion, tension, humour, and most of all, a great ending. Bring your favourite story. We are all ears. 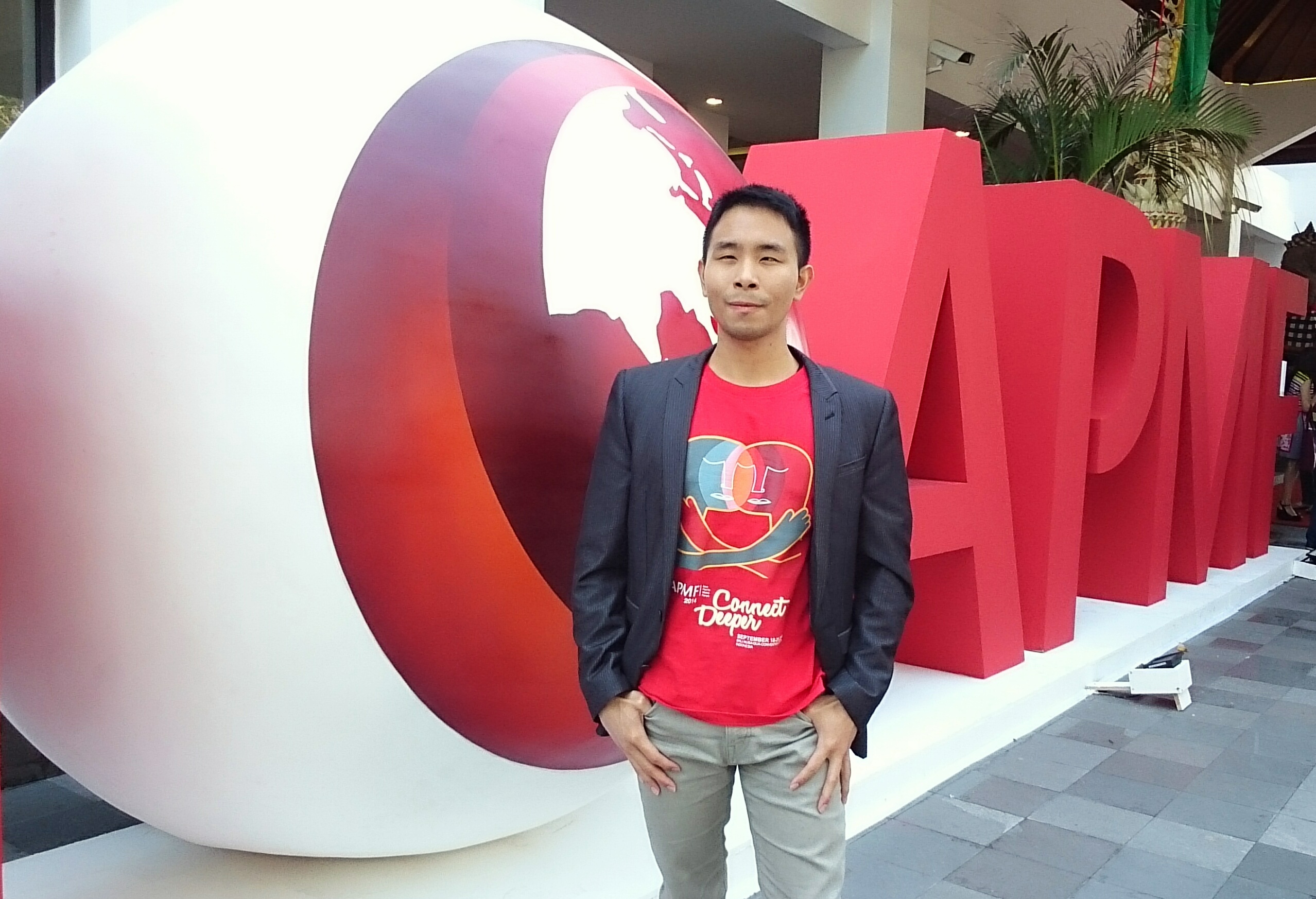 What is the best measurement for native advertising effectiveness?

I'm sure we all agree to the importance of native advertising, especially for publishers, amidst the general decline of eCPM in display ads. However, commonly use metrics such as impression and CTR would not do justice to the true value of these content. Many have started using engagement metrics, such as dwell time, comment, and social share as their preferred measurement tool. Are they enough to convince advertisers or we need a more robust metric to catapult the whole industry? 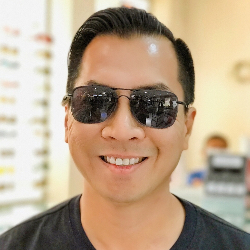 How to get 1 million users using your App in 2 months? The secret is revealed!

In mobile space, when you launched an App, you are competing with thousands of Apps out there. How to make it appealing among other Apps? How to get super tractions and speedy user acquisitions? What are the secret recipes and insights? How to attract users to discover your app, download, install and register. This discussion will encourage everyone to share their experience and best practices based on real case studies. 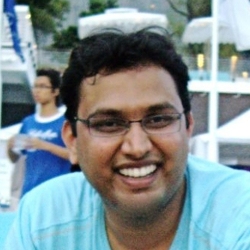 The rise of algorithms and the future of marketing

The increasing flows of big data means that not just gut feel and intuition, but even traditional human led analytics methods will soon be obsolete. Algorithms will govern all marketing as consumers meet choices in real-time. Algorithmic complexity will be the new differentiator, with natural language processing and cognitive computing the major weapons of marketers

The death of demographics, loyalty, CRM and other such marketing has-beens

The rapid increase in the array of sensors, the dramatic changes in the consumer influence mix, the emergence of big data ... and other such technological trends means that the old methods of marketing no longer work. And marketers have not just to learn new tech, but also adopt new mind-sets