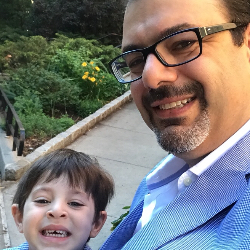 Trump won after the most unorthodox election cycle in history. How should news/entertainment/advertising change during Trump’s presidency?

Donald Trump used frightening rhetoric, campaigning on banning Muslims from the U.S. and deporting undocumented immigrants, threatened to jail his political opponent, and was caught bragging about committing sexual assault. Then he was elected as the 45th President of the United States. Now what happens? Following this tumultuous election cycle, join Jonah Peretti and Ze Frank to dive into how news, entertainment and advertising might change in light of a Trump presidency. How should a media company respond to a candidate like this becoming President? How should news organizations cover him? How can entertainment and advertising embrace the diversity of all Americans when the country is more polarized and there may be a backlash against political correctness? This session will explore how participants are planning to react to to this big change in our country. How will marketers shift their tone based on our new President Elect, how will media companies and agencies adapt to this new reality, and where should we all be focused in the coming years. What are the challenges to covering news objectively and creating content for deeply divided and diverse audiences? Will brands and media companies shift their strategies to create content that resonates with all sides, or will they aim to reflect their existing audience?