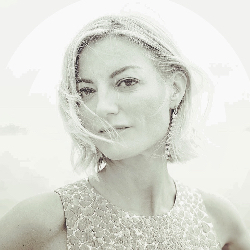 The top most interesting, useful, and non-obvious things about creativity (and how to be more creative) that you don't know already

Three years ago the Walt Disney corporation commissioned me to make a documentary about creativity. Initially I was snooty. I mean, I hate topic documentaries (I prefer stories), and isn't it kind of obvious, I mean, take a walk, take a nap, don't we know that already, right? Wrong. Three years later I've become obsessed with the astounding information that isn't commonly known (or is commonly misunderstood) about this most zeitgeisty of topics. I've pursued the best researchers in the world and been dazzled by breathtaking insights that have revolutionized my understanding of myself, my work, the world, and given me tools that I have used to change the way I do everything in my life. The documentary project is currently on a brief hold, but meantime there's not a day that goes by without my using and discussing the insights, and I have a feeling these goodies will resonate with the Stream crowd. I can quickly lay out a bunch of ideas and see what sparks: - anxiety tolerance, satisficing and resistance to premature closure; - on social loafing and why brainstorms don't work - but how to conduct them so that they do; - what is your Tegner's Drapa? - what is the real key to a creative personality (it's nothing I've ever heard before, it's a complicated one but it makes huge sense when you've heard about it); - the roles of divergent and convergent thinking; - the real meaning of flow and how to improve your life (and don't give me the Silicon Valley bs definition); - the invention of the SuperSoaker and what it reveals about the neuroscience of the a-ha moment and why it is more about forgetting the wrong answer than coming up with the right one; - einstellung and the downside of mastery; - the five ways to help kids (or any of us) become more creative/ not accidentally squelch creativity - and the roles of memory prostheses, neophilia, virtuous cycles, intrinsic motivation, weirdos; - I even have a whole detour into the role the default mode network, psychedelics, and what's behind the current trend of microdosing... - Plus a cheat sheet of the best creativity hacks ever, yours to take home.