You have been invited to Stream because you are a leader, or game-changer in your field…. And we want to hear your thoughts, not ours.  Crowd-sourcing determines the content of the event, which begins with an empty whiteboard to be filled by you, the attendees, with ideas for Discussions. Everyone, including you, is expected to participate and contribute.

Suggesting a discussion topic doesn’t mean you have all the answers. Instead, good discussions favor a punchy question, debate and willingness to hear many points of view. Previous topics include: “How far can HealthTech really go?”; “We need permanent rebellion”; “Complacency: the cancer of humanity”; “We don't know how the sharing economy will affect your business, but we did stay at a Holiday Inn Express last night”; “PUTTING THE SOCIAL INTO SELLING”; “David and Goliath, who'll win?” and “My Gen Z kid doesn't believe in brands or shopping together anymore”.

Any questions?
Let us know! We are open to ALL ideas, and can help you plan a Discussion outline, feedback on an idea, or prepare any materials you might want. Just get in touch here. 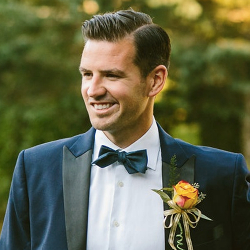 Technology and automating workforces have made things faster and more efficient, but have they made it better? Have we become so focused on building the biggest warehouses, both physical and digital, that we've forgotten how to innovate? In 1959 (58 years ago) the team of just 40 engineers dubbed the Skunkworks division of Lockheed Corporation (a then 28,000 person company) began development the of the A-12 - the Mach 3, 2,200mph strategic renaissance aircraft that became the SR-71 Blackbird - which tooks it's first flight just 3 years later in 1962. Do we need to re-invigorate this decades old structure to drive innovation in our companies of today? I think yes.